We appreciate John for his service on the Governing Board for the past five years, and most recently as President. Thank you, John, for your dedication and service! 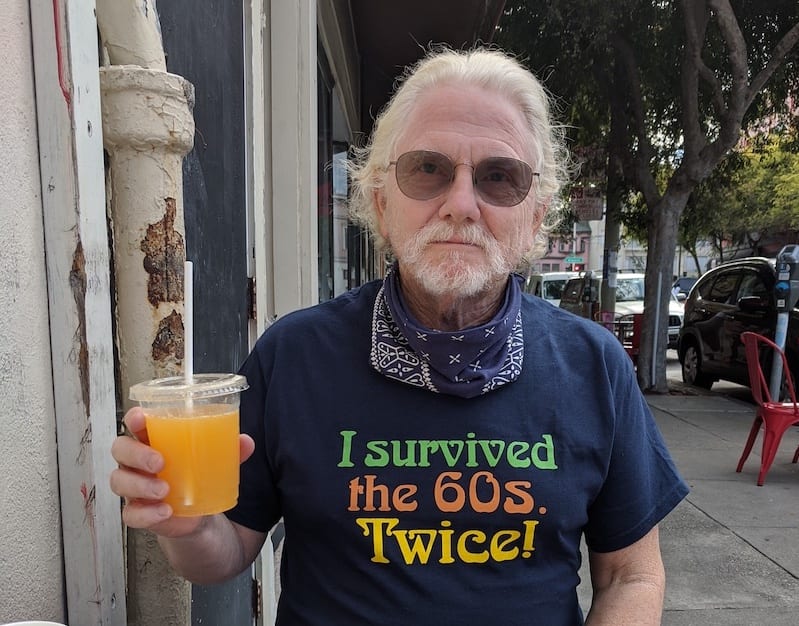 Over the years I found that people in certain vocations often share one particular trait regardless of differences in their background or outlook. Engineers are curious about how things work. Lawyers like to argue. Successful politicians of all stripes are personally charming. For the ministers and chaplains I’ve known, it’s a spontaneous impulse to respond to human need without looking for reasons not to.

When I joined the governing board five years ago, Night Ministry was still basking in the afterglow of its 50th Anniversary celebration a year and a half earlier. Lyle Beckman was in his 10th year as Night Minister, and during his tenure had expanded the scope of Night Ministry, including by starting Open Cathedral services and establishing a CPE program, without losing the primary focus of serving the spiritual needs of people at night. It took generous donations, including a few angels along the way, to fuel that expansion, but it was always about meeting people’s spiritual needs first and then figuring out how to sustain and pay for it.

I assumed the organization pretty much ran itself, and initially wasn’t that concerned when Lyle announced plans to retire in 2018, even though our fundraising lagged behind expenses, and our outreach to supporters lagged behind the times. A year later I accepted a call to become Vice President/President-elect of the board, without fully appreciating the daunting nature of the tasks before us, which included not only hiring a new Night Minister – only the 5th in 54 years – but also filling the newly-created Executive Director position and director for the now fully-accredited CPE program.

Knowing I might become the face of the organization for at least a short while, I immersed myself in learning the history of Night Ministry and details of its operations. I also saw how Lyle, his eventual successor Valerie McEntee, Open Cathedral pastor Monique Ortiz, and others performed the work of this ministry tirelessly, joyfully, and with a singular focus on addressing human need. Sustaining the ministry should have been our role as a governing board, but we weren’t necessarily fully up to it. I certainly never thought of myself as a fundraising wizard and still don’t.

I didn’t anticipate that being President of Night Ministry during this transition would become a part-time job, over and above my full-time job with the State of California. Our most important task – the most important task of any board of directors – was to hire the next leaders of the organization. We batted .500 in our first effort, hiring Valerie to replace Lyle as Night Minister but someone not fully committed to ministry in this place for Executive Director and CPE Director. A 500 average may be great for baseball but not so much for sustaining an organization.

Fortunately, we got a solid hit, maybe a game-winner the next time up, hiring Trent Thornley as Night Ministry’s Executive Director and CPE Director. Trent was what we had hoped for and more when creating these positions, starting with cleaning the workspace, team-building, bringing our website and communications into the 21st Century, and examining all aspects of the organization. It still required a time commitment for board members to oversee and review some of these actions, but a lot less worry over the organization’s state and continuing viability.

Of course, no one expected that just months into Trent’s tenure, we, along with the rest of the world, would be hit with the pandemic. While most, including some of our homeless population, were moving inside, there were still people left out on the streets, especially those not on the radar of social services. And Valerie and her team, doing what ministers do, were out there with them and have remained out there with them nightly through the past year.

Under Trent’s leadership and the direction of Kylie Svenson, we saw the Care Line (formerly the Crisis Line) do a sharp pivot, from difficulty meeting its scheduling needs in 2019 with only one nightly shift to fill, to an explosion of volunteer counselors who now fill three overlapping shifts (8 to 12, 10 to 2, and 12 to 4) each night. The pandemic in a sense both created and helped fulfill the need for a more robust Care Line, since counselors can work from home rather than the Night Ministry office, and some now do from other states and time zones. The volunteer cohort has also been enhanced with quality people from Night Ministry’s CPE program. And of course, with other avenues of social interaction cut off, there’s a greater need for people to be able reach out by phone to someone who will listen to them, at night, when other agencies and institutions are unavailable.

I have reached the maximum of three consecutive years of service as board president, and it’s a good time for me to step away from the board and let Night Ministry, now in its 57th year, continue to evolve under new leadership. I am grateful to have served with fellow board members Bekah, Chris, Larry, Pam, Karma, Rod, and Mary, as well as many other former members who I will not try to name. I am thankful for this board’s ability to think and act collectively on the various issues confronting the organization.

I am also especially grateful and thankful to my wife Rev. Nancy Pennekamp who inspired me to become involved and commit more fully to this ministry. I have enjoyed representing Night Ministry, in part because it’s easy to describe what its function and mission, and always draws a positive response. I will continue to support Night Ministry, as I hope will anyone who reads this.

Check out our ministry from Winter 2020.

Check out our 2020 webinar attended by over 100 chaplains and caregivers.

Subscribe to our weekly email with news, events, and updates at SF Night Ministry.