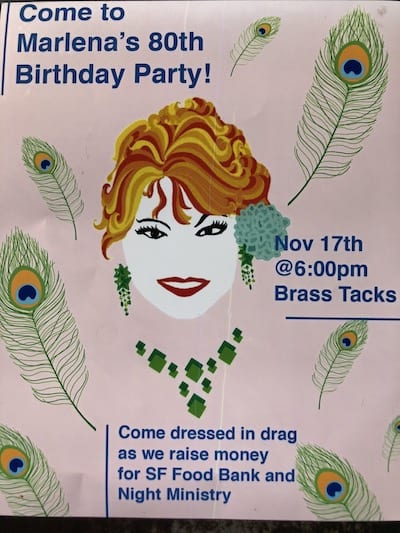 View this special message from Marlena (aka Gary McLean):

Give To Night Ministry In Marlena's Name

Even if you could not attend the birthday benefit, consider making a donation to San Francisco Night Ministry in Marlena’s name to honor her 80th year.

The event was held at Brass Tacks in Hayes Valley, which is the site of the former Marlena’s bar.

By Will Roscoe and Joel Evans

The LGBT community is roasting Marlena the Magnificent, Absolute Empress XXV, on the 25th anniversary of her reign. Marlena (a.k.a. Garry McLain) is a San Francisco cultural icon and founder and owner of Marlena’s, the long-time bar, community gathering spot and fundraising nexus. Marlena’s was a crucial hub of community organizing that touched hundreds of lives, dozens of organizations and raised untold charitable dollars.

The event, which will take place on August 20 from 6–8pm at the San Francisco LGBT Community Center, features Donna Sachet as Emcee and is the 2nd annual José Sarria Community Celebration in honor and memory of José Sarria, The Widow Norton. The annual event honors individuals who carry on the spirit of José’s service, activism and flair, while raising money for the work of Openhouse on behalf of LGBT seniors. The committee includes numerous figures from the Court System.

Originally from Modesto, Garry McLain worked for Carnation for 26 years. He first came to San Francisco in the 1960s, and was here in 1967 during the Summer of Love. In 1969, he moved to San Francisco and met José Sarria. They remained steadfast friends and colleagues until José’s death.

In 1971, Garry returned to Modesto, where he started the city’s first gay bar, the Brave Bull, in 1974. In 1976, he was elected Empress III Marlena of the Turquoise Owl Court. Following that reign, he moved back to San Francisco and become active in the San Francisco Imperial Court. He worked at many other places in San Francisco: Queen Mary (now Aunt Charlie’s), Mae, The Cinch, Kimo’s, and The Mint.

In 1990, he was elected Absolute Empress XXV. Her Most Imperial Majesty, The Queen Mother I of the Americas, Empress Nicole, bestowed the title “Marlena the Magnificent” on Marlena. The reign was one of the most popular and productive reigns of the era. Empress Marlena, Emperor Simeon, the Grand Duke and Grand Duchess, and Mr. and Miss Gay San Francisco all shared a float in the 1990 Lesbian & Gay Freedom Day. To this day, Marlena’s reign is the only one where all three courts shared a float. “There was so much camaraderie and working together that year,” Marlena recalls. “It was a fabulous year.”

In 1989, McClain and a partner purchased a bar on Hayes Street and renamed it Marlena’s. Over the next twenty-four years, Marlena’s was an anchor for the transformation of the neighborhood into a thriving entertainment and shopping destination. It also became one of the city’s premiere drag establishments, offering weekly shows that raised crucial dollars for community causes. Marlena’s also became the home bar for the Imperial and Ducal Courts, and was famous for its over-the-top holiday display (featuring some 1,400 Santa dolls). In 2002, Marlena launched the Mr. Hayes Valley Leather contest, which continued for eleven years until the bar closed in 2013.

As Marlena said at the first annual José Sarria Community Celebration in 2014: “We need to stand tall, to fight for our rights, but to do it with dignity and class. José taught us who we are. Everyone on this stage and all of you are here because of him.”

It is fitting that the community honor Marlena for passion, capacity to organize and give back, and for love for the people o Expressions of Love and Admiration for Marlena

“Marlena is a mother, an advisor; she’s your best friend. She’s a community godmother, nurturing us all over the years and decades, across our whole community. Her legacy is all of us, the people she’s touched. You don’t have to be a monarch, you can be just anyone off the streets, and she’s there to help you succeed, whether in the LGBT community in general, or in the Court System. She’s helped make our dreams come true: how not to be alone, how to be accepted.”

“Most people knew Marlena’s as just another business. But looking under the surface, that bar had a huge heart. Through the bar, Marlena gave back again and again. Gay bars are part of our core community narrative, fostering the origins of the Court System (back in a straight line to José Sarria and the Black Cat bar), the founding of the Tavern Guild, and the first places we could gather. When new people came to San Francisco, they met their friends at the bars and came out together. They took care of themselves when we were sick and dying. Marlena gave her life to that, turned her business over to it. She ran that bar like a non-profit, gestating the Court System and keeping our heritage. Marlena’s was a safe place, a kinship network, with the imperial leadership in place as the parents, with protocols to share resources and care for each other. Marlena and her bar were right there when we needed it, and we’re very grateful.”

“Marlena was my mentor, and taught me how to be a leader. People thought I was a just a street girl because I was from the Tenderloin. But Marlena encouraged and helped me, and set an example. Her bar was probably the most community minded of the many bars in the city. If somebody was sick, she’d so something. If an organization needed funds, she’d do something. There’ll never be another Marlena’s.”f San Francisco.

Tickets for the August 20 event, and an opportunity to leave a tribute to Marlena, are available at www.openhouse-sf.org/marlena

Joel Evans is the Director of Development and Marketing at the San Francisco-based non-profit Openhouse, which focuses on housing, services and community for LGBT seniors. Will Roscoe in the organization’s Development Associate. 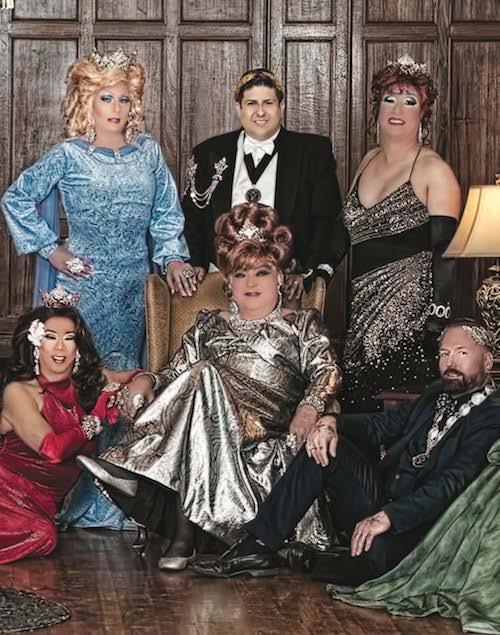 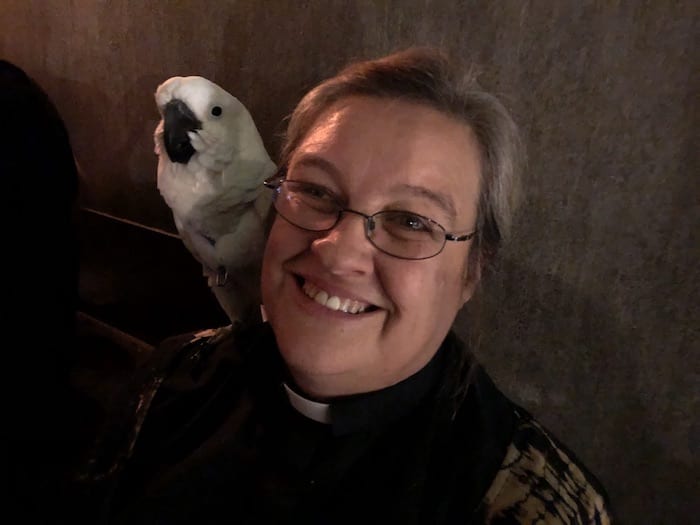 Valerie Meets A New Friend At The Event 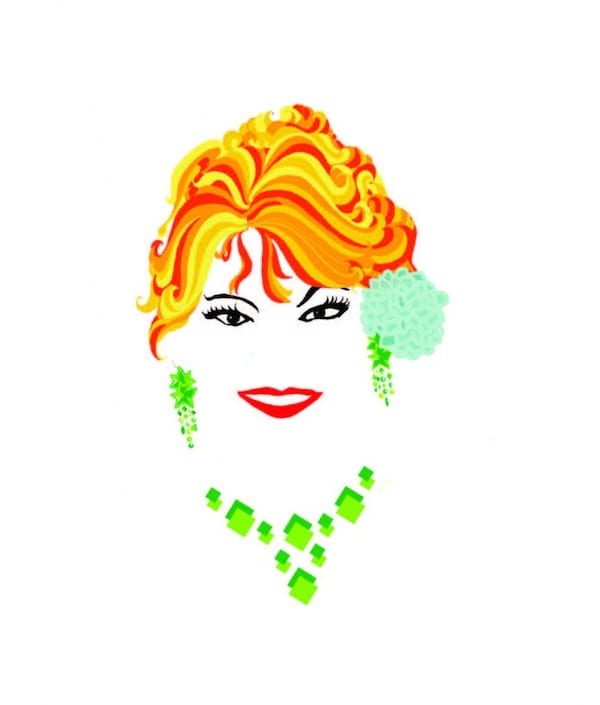 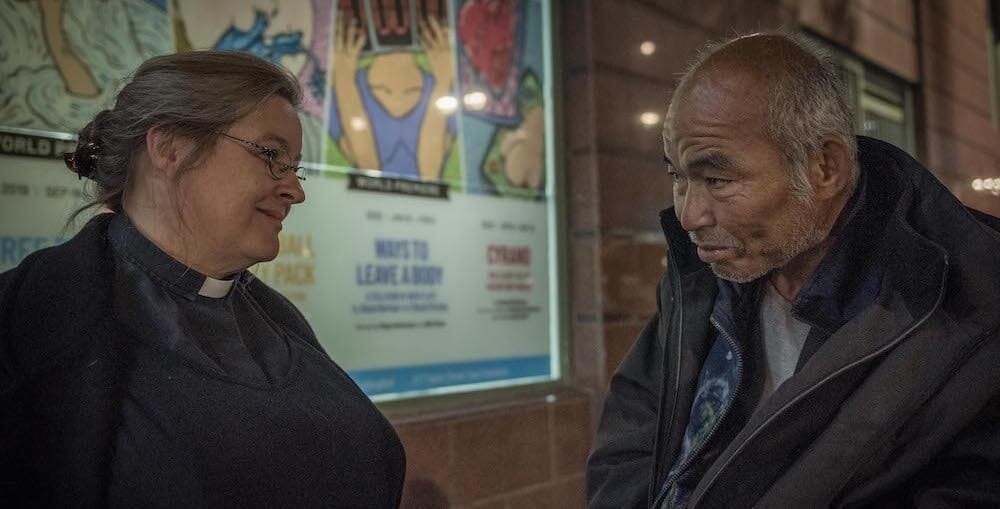