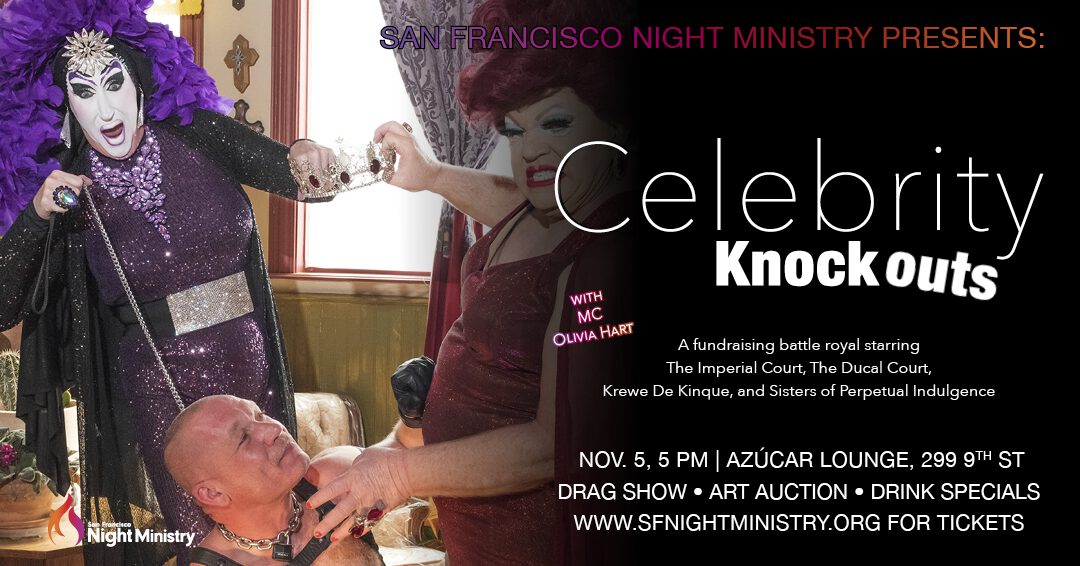 We’re so excited to feature these local, outstanding artists who have donated their work to San Francisco Night Minsitry’s cause. Their artwork will be posted shortly! 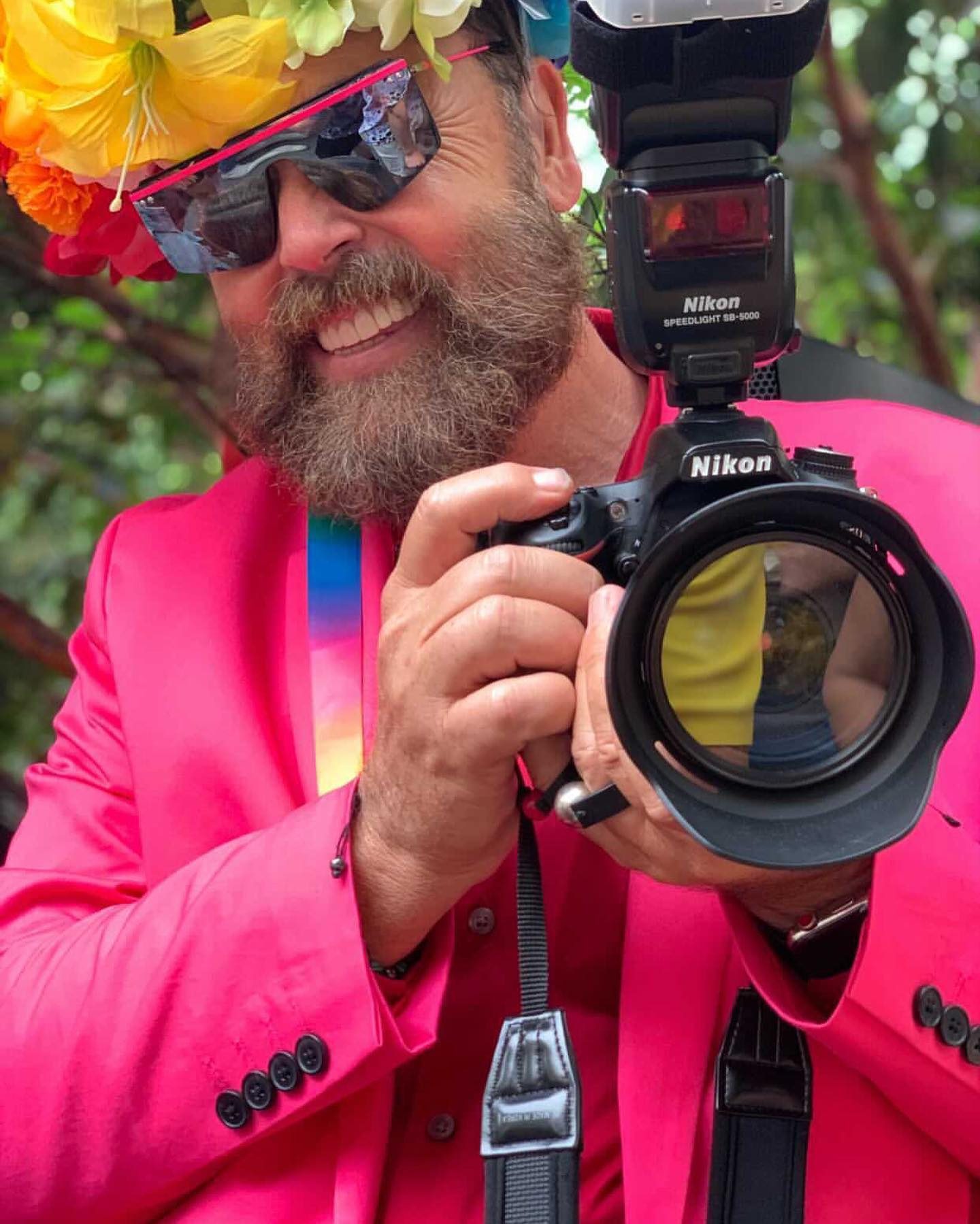 Born in the UK, Gooch attended the prestigious Newport College of Art and Design where he studied under British photographer David Hurn, of the groundbreaking Magnum Photos collaborative.

He worked for two decades in London, first apprenticing with established photographers and later having his own firm.

The focus of his work over the past decade since he moved to San Francisco from London, has been focused on documenting the disenfranchised sub-cultures of our time: the dynamism of street art and the artists who create it; the ongoing LGBTQ+ political struggles and the LGBTQ+ performing arts community.

Readers of the San Francisco Bay Area Reporter voted Gooch Best Nightlife Photographer 2017, 2018, 2019 and 2022. His work can regularly be seen in that publication.

His photos were also featured in LEFT magazine, an independent LGBT publication that ran for some 5 years until its close in 2019. His monthly column in LEFT, “Out and About with Gooch”, a selection of images from queer nightlife in San Francisco.

In May 2019, he was invited to join The Rainbow World Fund tour of Cuba where he documented Cleve Jones receiving a lifetime achievement award presented by Mariella Castro at the Karl Marx Theater in Havana.

In June 2020 he became the recipient of the prestigious “Sylvester Pride in the Arts’ Award given by The Harvey Milk Democratic Party.

His work has been licensed by Google, Facebook, On Magazine (Switzerland) BBC, BBC America and BBC Brazil, The Fight Magazine, Gay Cities, The Advocate and multiple San Francisco publications.

San Francisco has been his home for over a decade and he loves being a part of this vibrant Queer community, documenting and preserving these beautiful fragments of time for future generations to learn from and to enjoy!

GOOCH will have several prints available for sale. 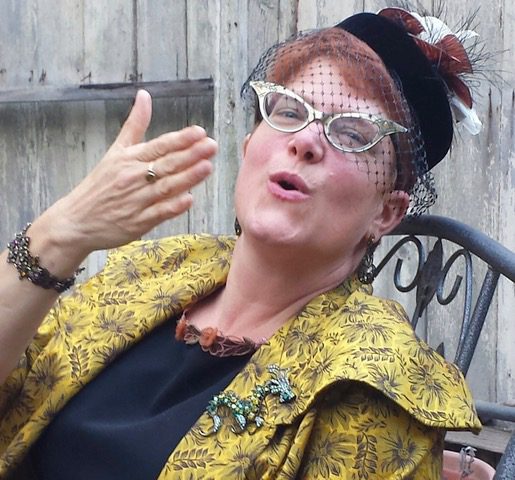 Katie Gilmartin’s checkered past includes stints as a buoyant union organizer, bona fide sex researcher, and deeply engaged college professor.  For over a decade she taught cultural studies with an emphasis on the histories of gender and sexuality.  On an urgent quest to relocate pleasure, Katie took a printmaking class and became utterly smitten with the medium.  She abandoned academia to become a community-based artist, teacher, and writer.   Along the way she cofounded City Art Cooperative Gallery, a still-thriving artspace on Valencia Street, and the Queer Ancestors Project, devoted to forging sturdy relationships between young Queer and Trans artists and our ancestors.  Katie teaches printmaking and creativity classes at Chrysalis Studio in San Francisco’s South of Market Cultural Center.  Her illustrated novel, Blackmail, My Love, won Lambda and Indiefab Awards.  She’s just finished the manuscript of Thrill Spot, a fictional account of an actual 1954 raid on a lesbian bar in San Francisco’s North Beach.  Learn more at katiegilmartin.com, and @katiegilmartin. 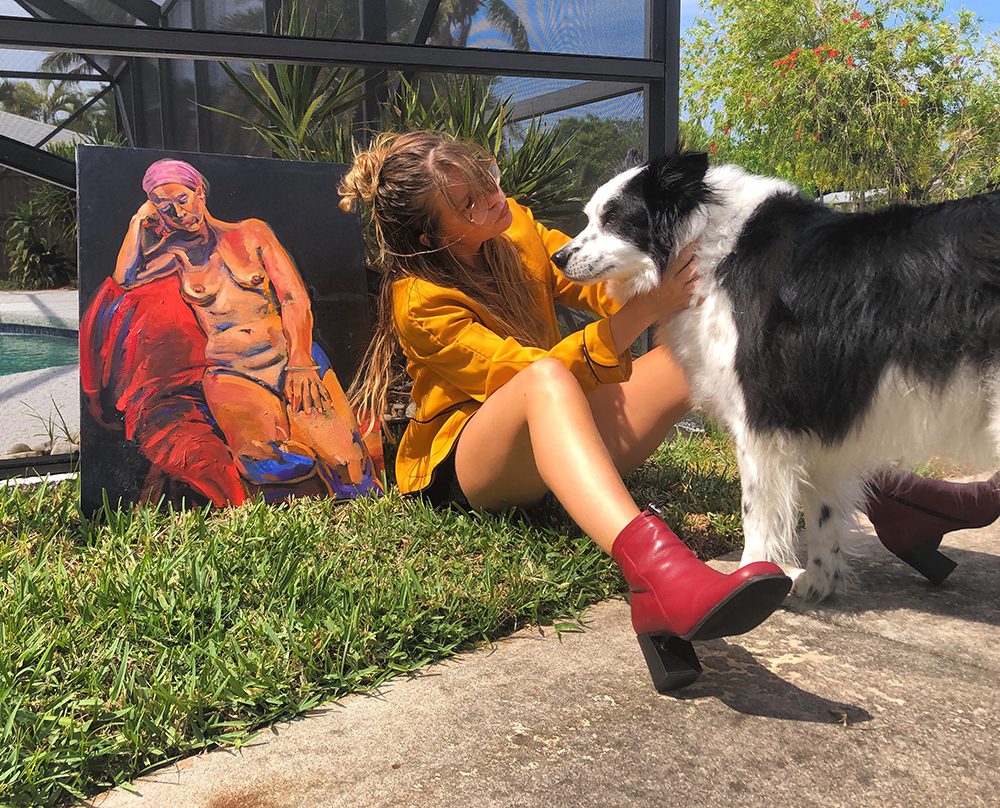 Serena Viola Corson is an interdisciplinary artist living and working in San Francisco, California. She was born in 1996 on the beach in North Carolina but moved all around the Southern United States growing up with her single mom due to financial instability and the 2009 recession. She received her BFA from FSU in 2019.

Serena will also have prints available for purchase.

We provide spiritual care and multi-faith community at night, on the phones, and in the streets of San Francisco. We do not judge. We do not convert. We meet people where they are and offer the  gift of undivided attention and loving presence.

we provide spiritual care and multi-faith community at night, on the phones, and in the streets of San Francisco. We do not judge. We do not convert. We meet people where they are and offer the gift of undivided attention and loving presence. 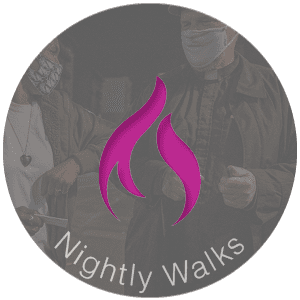 We walk the streets of San Francisco every night, attending to physical and mental needs, providing harm reduction as well as companionship to the people who fall between the cracks of San Francisco’s social services. The people we serve are marginalized and often go unacknowledged despite being members of our community. 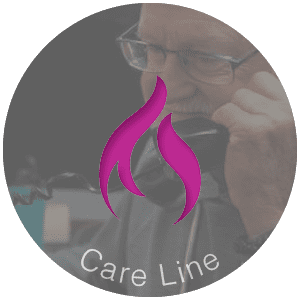 Every night, 8 pm – 4 am PT, the San Francisco Night Ministry Care Line is open. This is a multi-faith organization that is  spends time with absolutely anyone on any topic. We will talk and listen deeply without judgment. And, we are overseen by trained professionals in clinical therapy and suicide prevention. 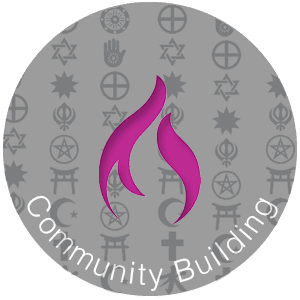 We build programs that welcome anyone who is honestly seeking community. We’re here to engage in mutual care, respect, and support regardless of your faith background or preference. Whether it’s a Tuesday Gathering, Guided Meditation, or Open Cathedral– whether it’s an area of interest for you or just something you are curious about and want to try, we want you to be here. 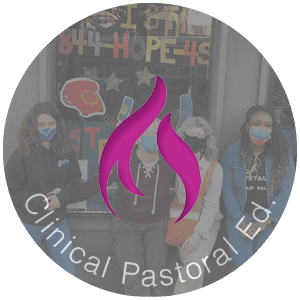 We believe in the power of counter-cultural deeply compassionate and undivided presence. We’ve seen it support people for over 50 years, and we want to see this work continue well into the future. Clinical Pastoral Education is training in compassionate presence. Helping professionals from any walk of life can apply to our fully accredited ACPE program.

We work when most people are asleep, providing the gift of undivided attention because we recognize that lasting change must include tending to the human spirit.